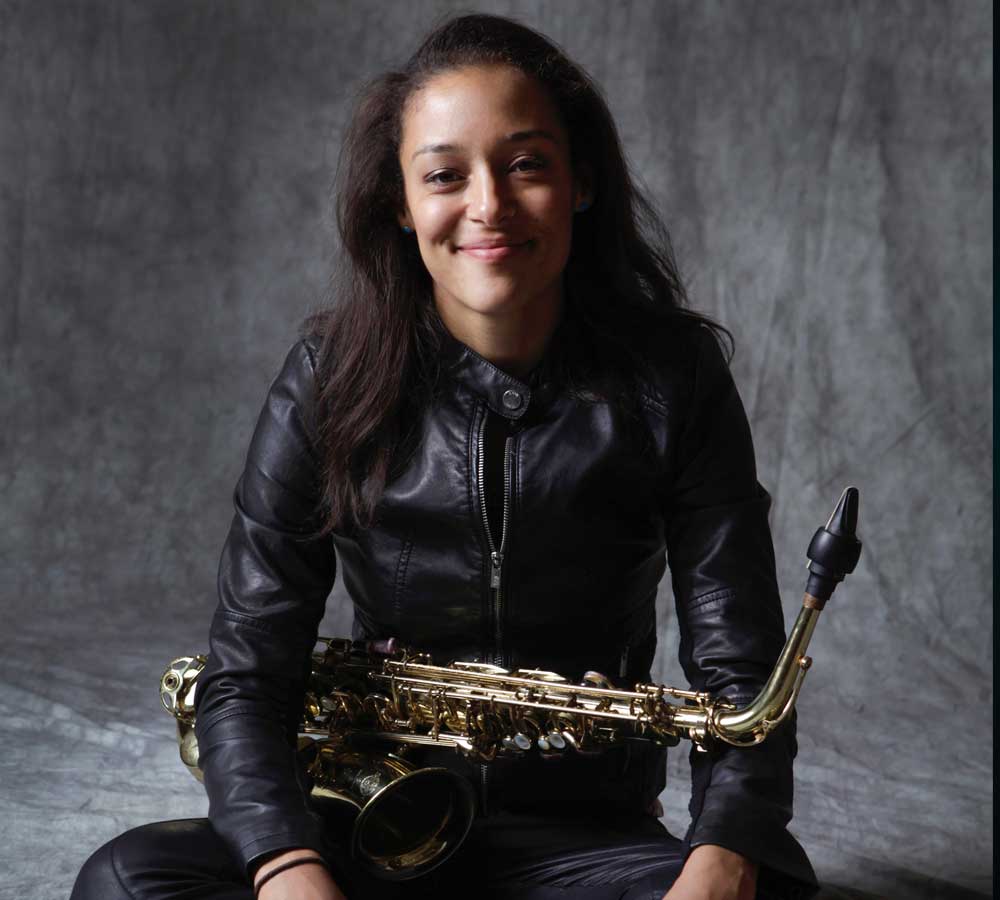 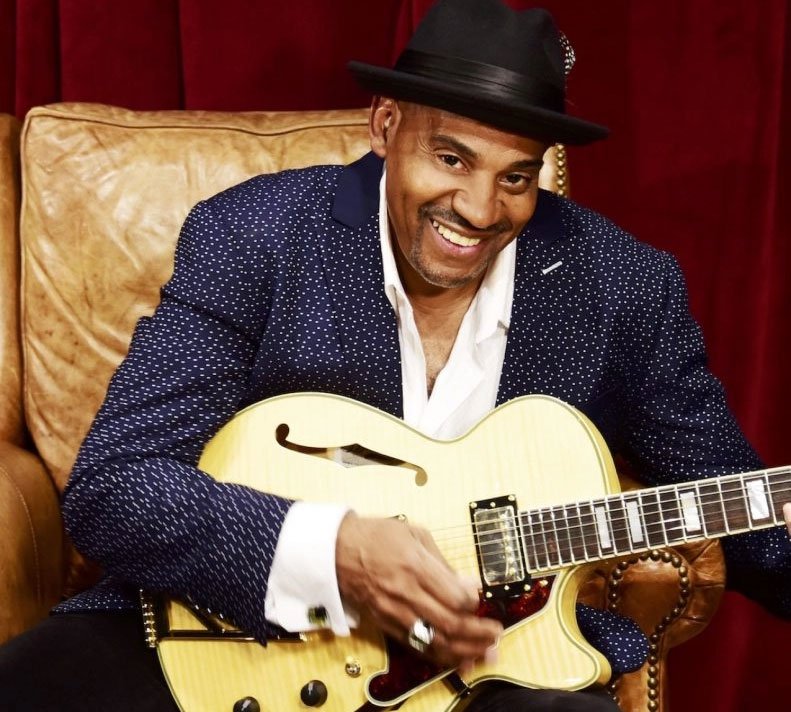 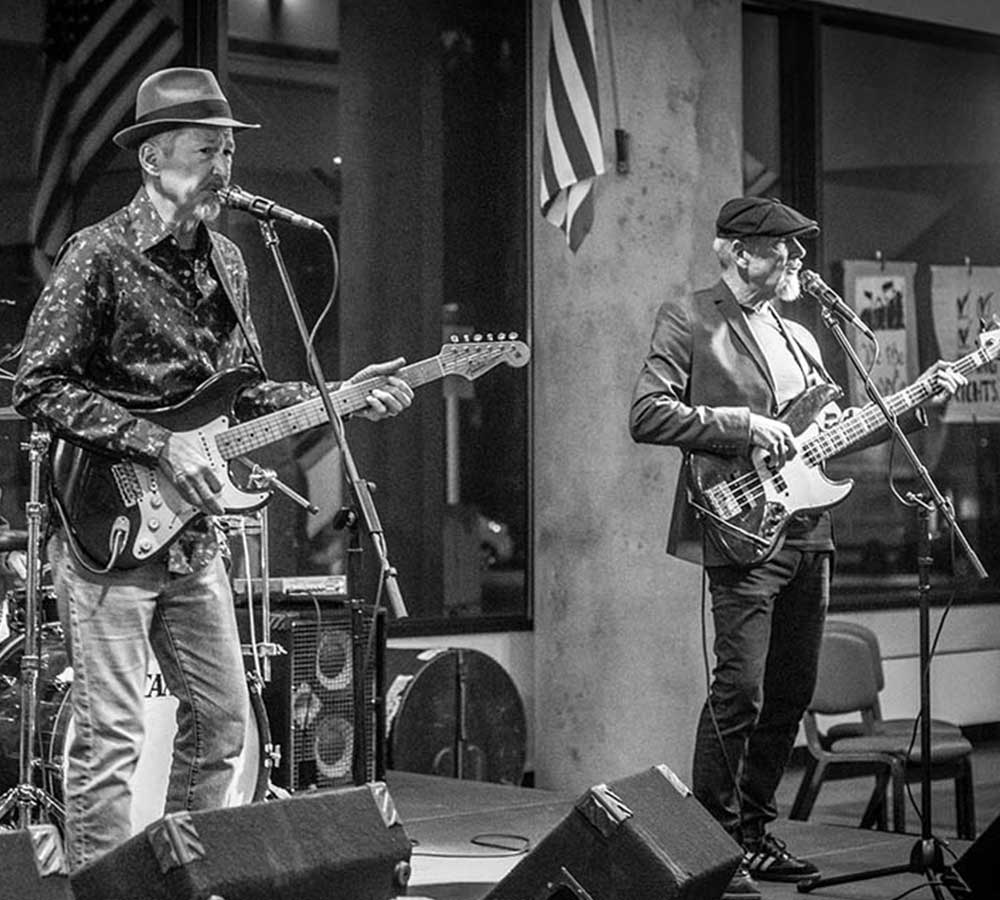 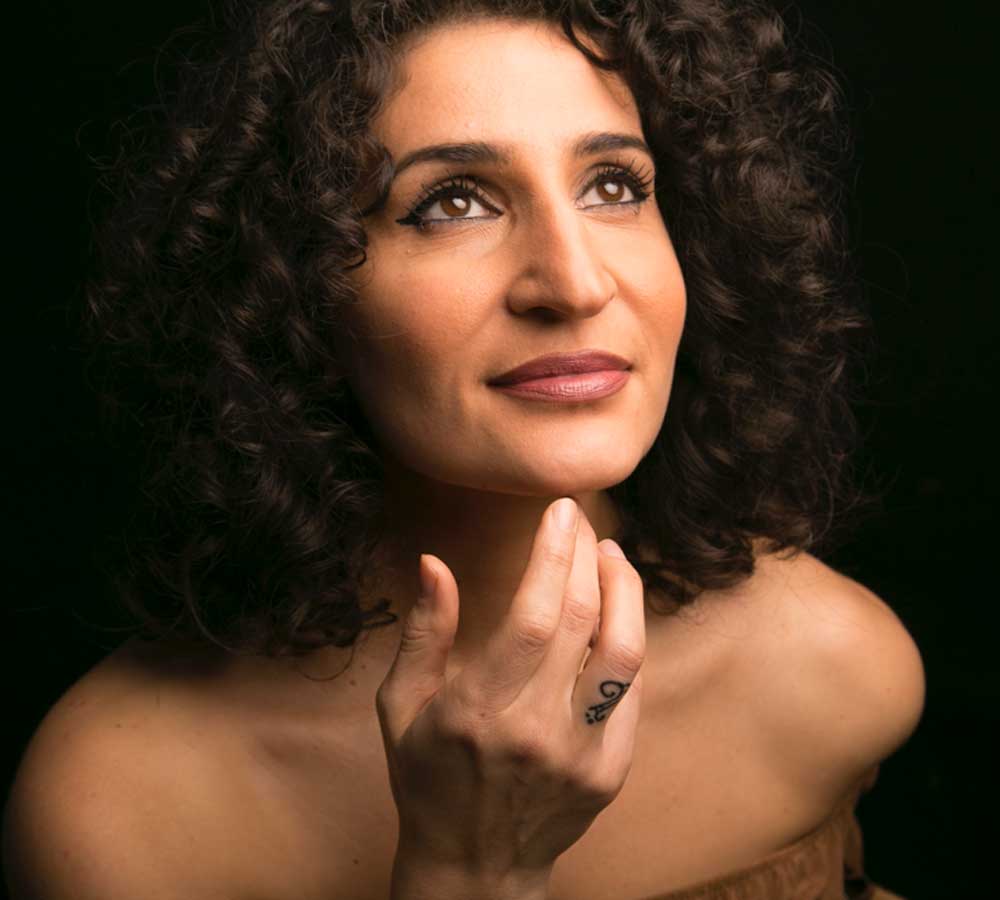 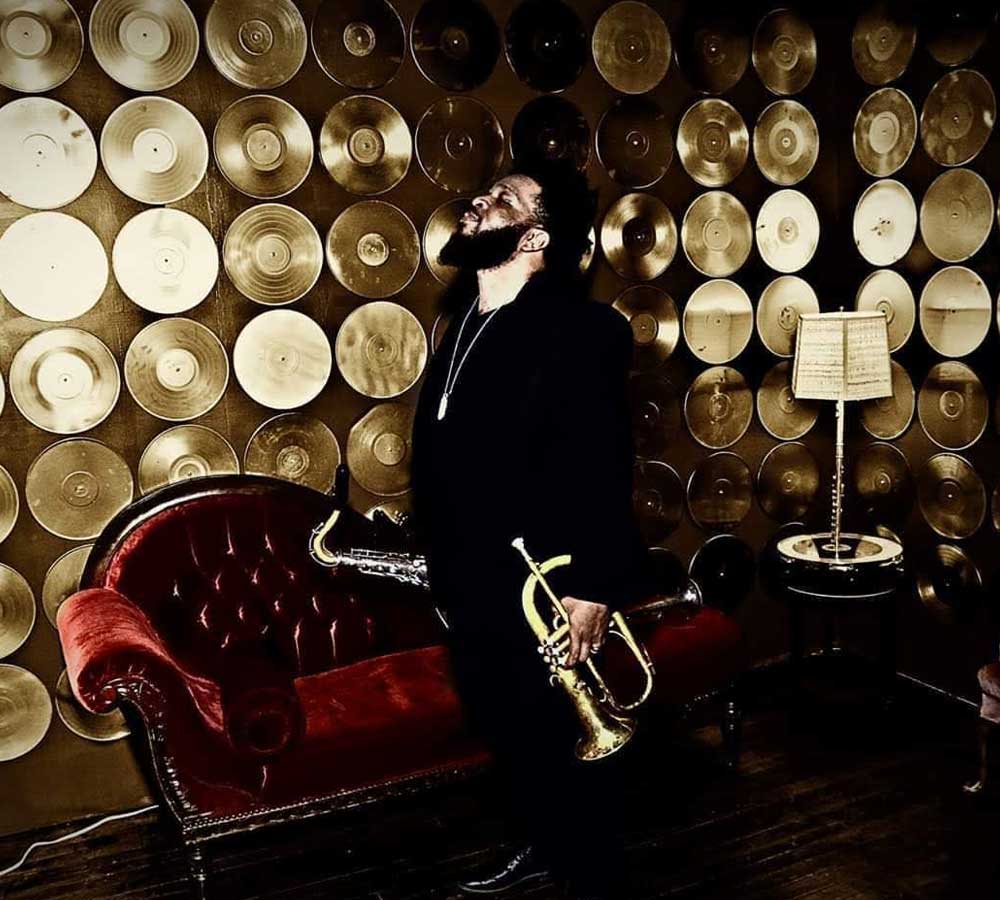 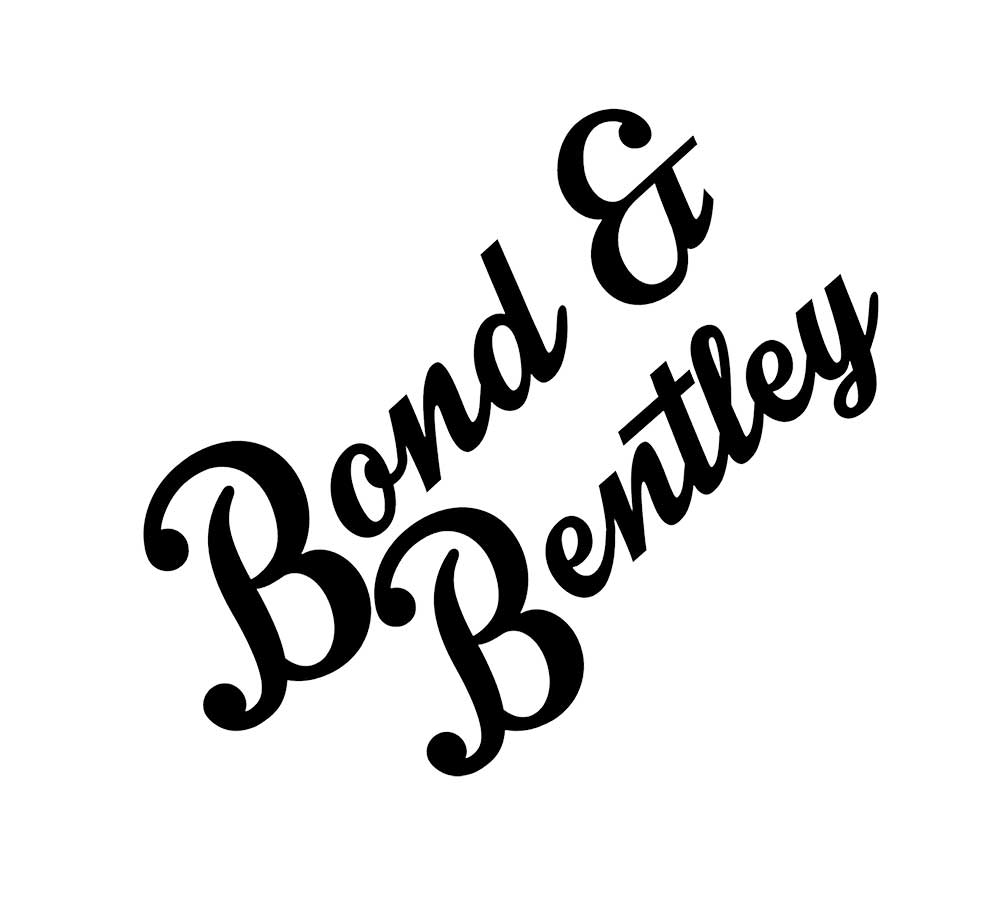 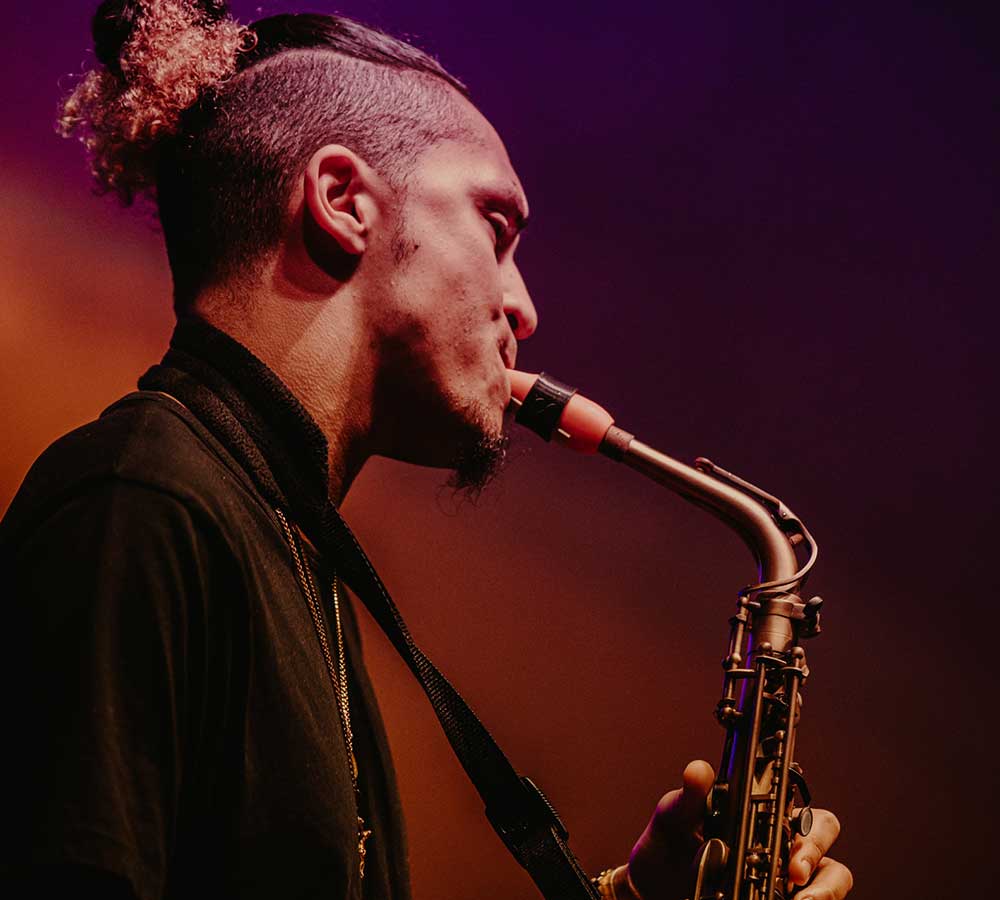 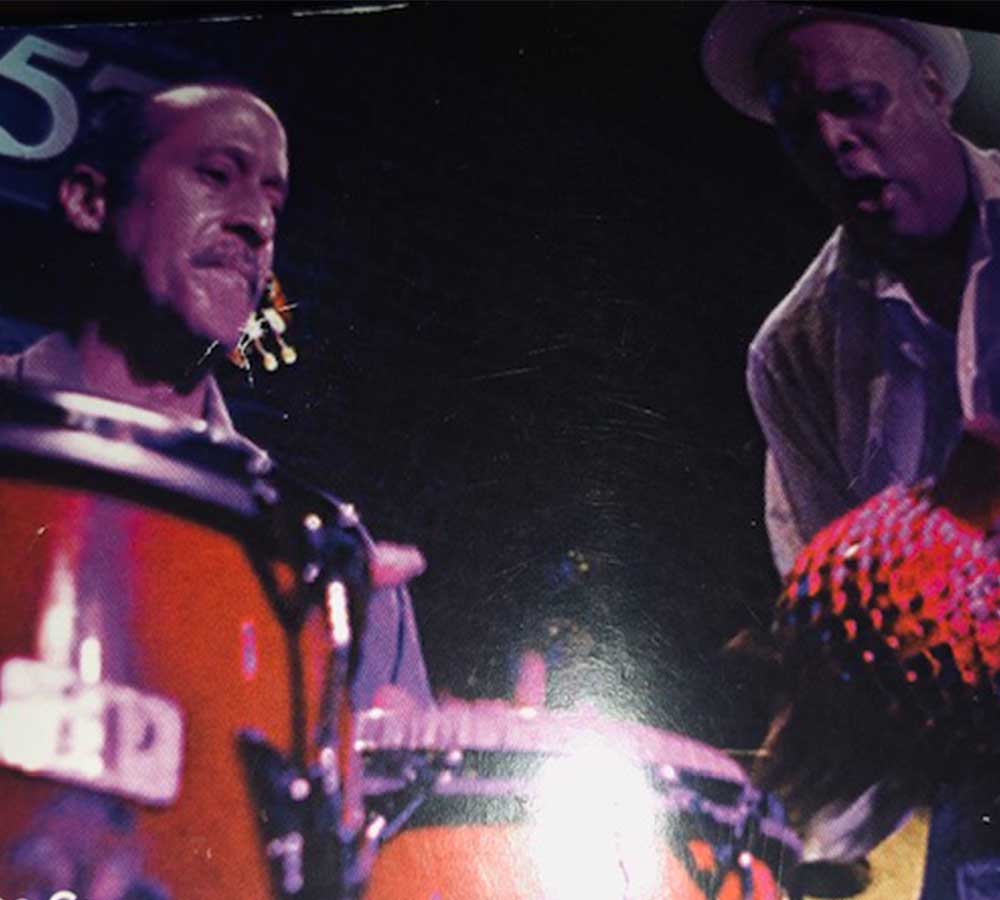 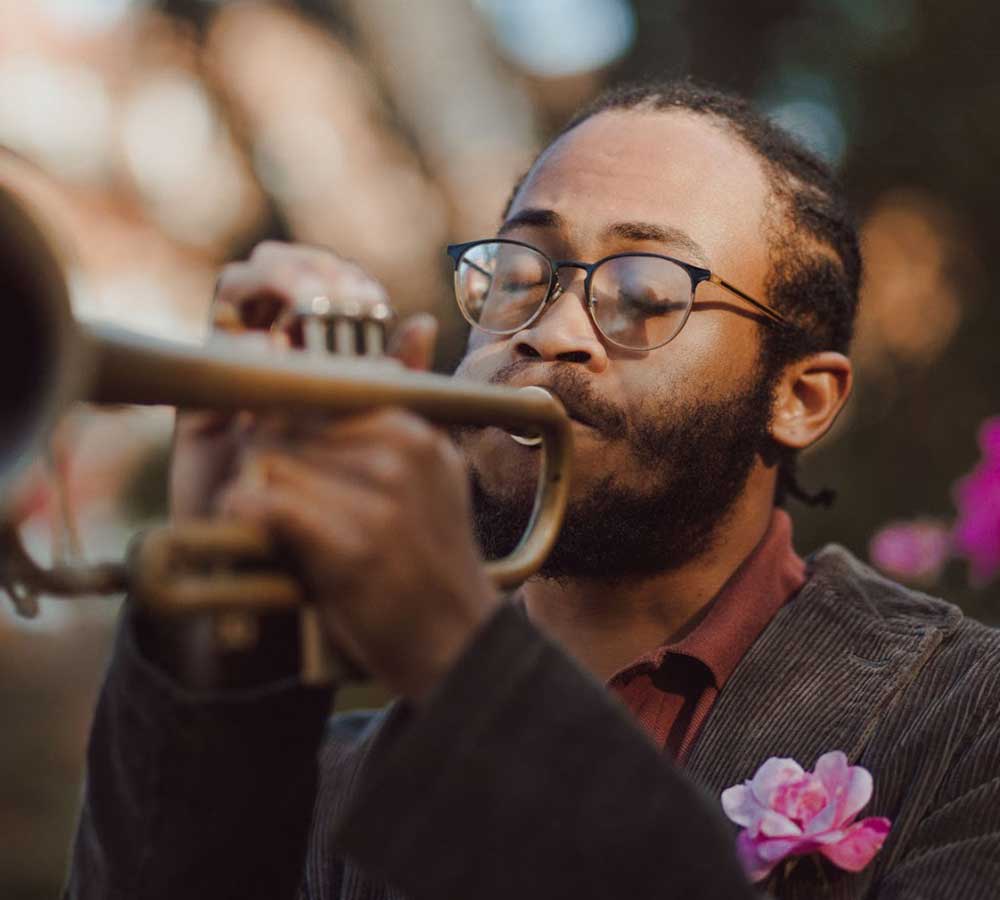 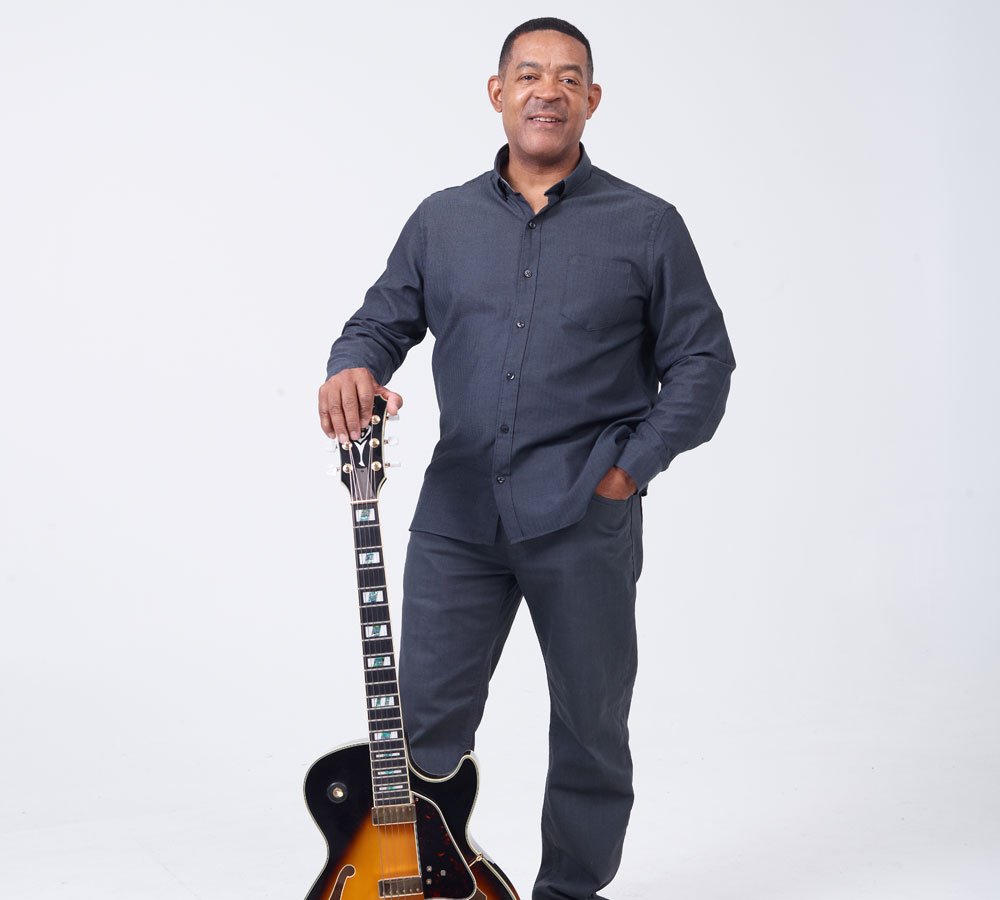 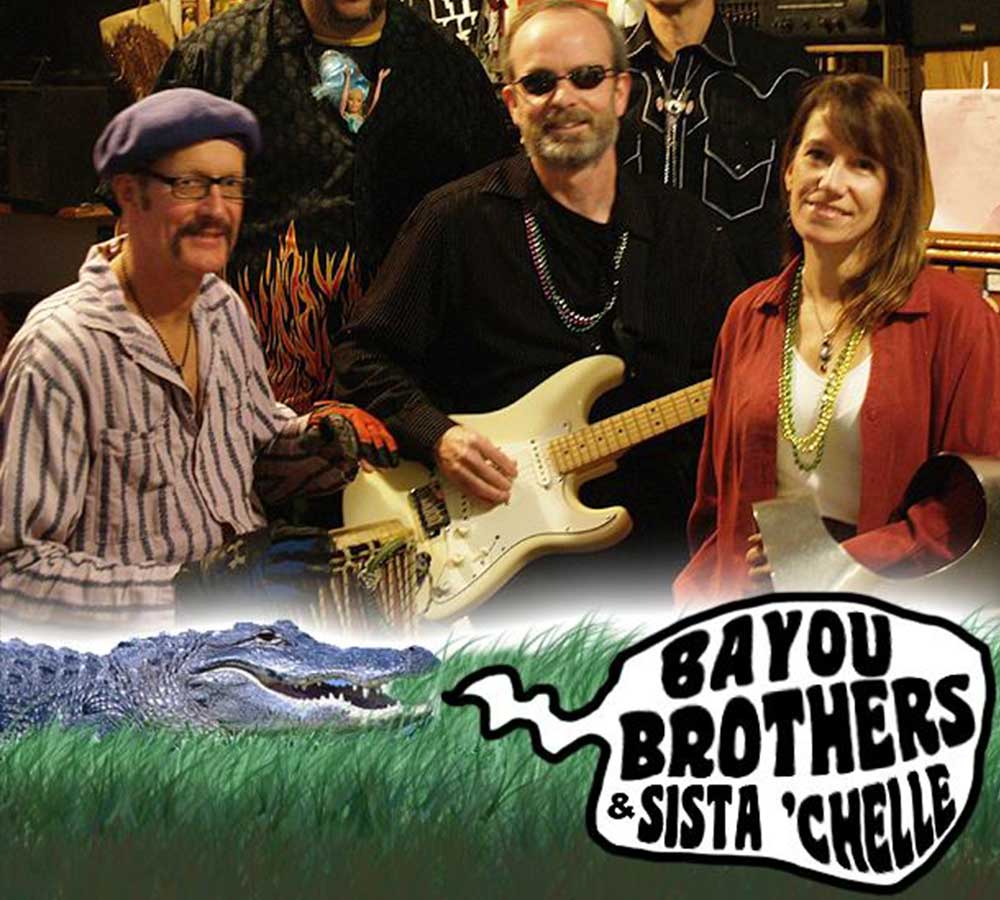 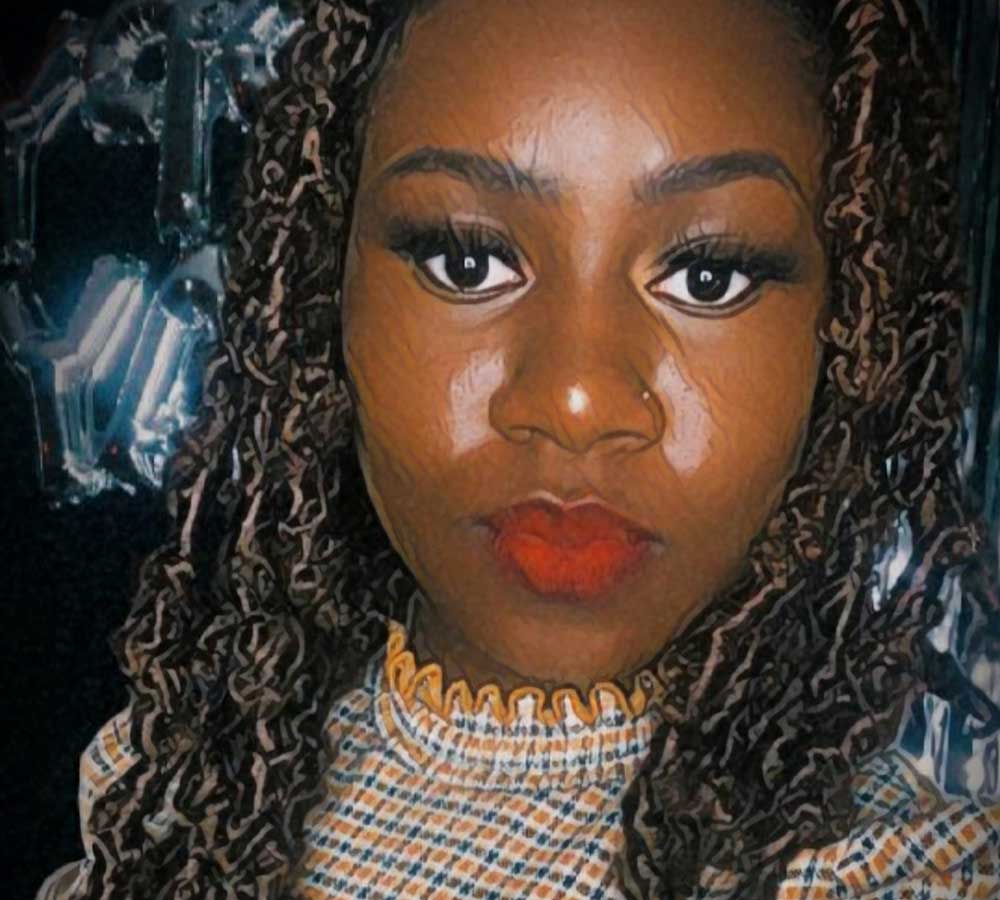 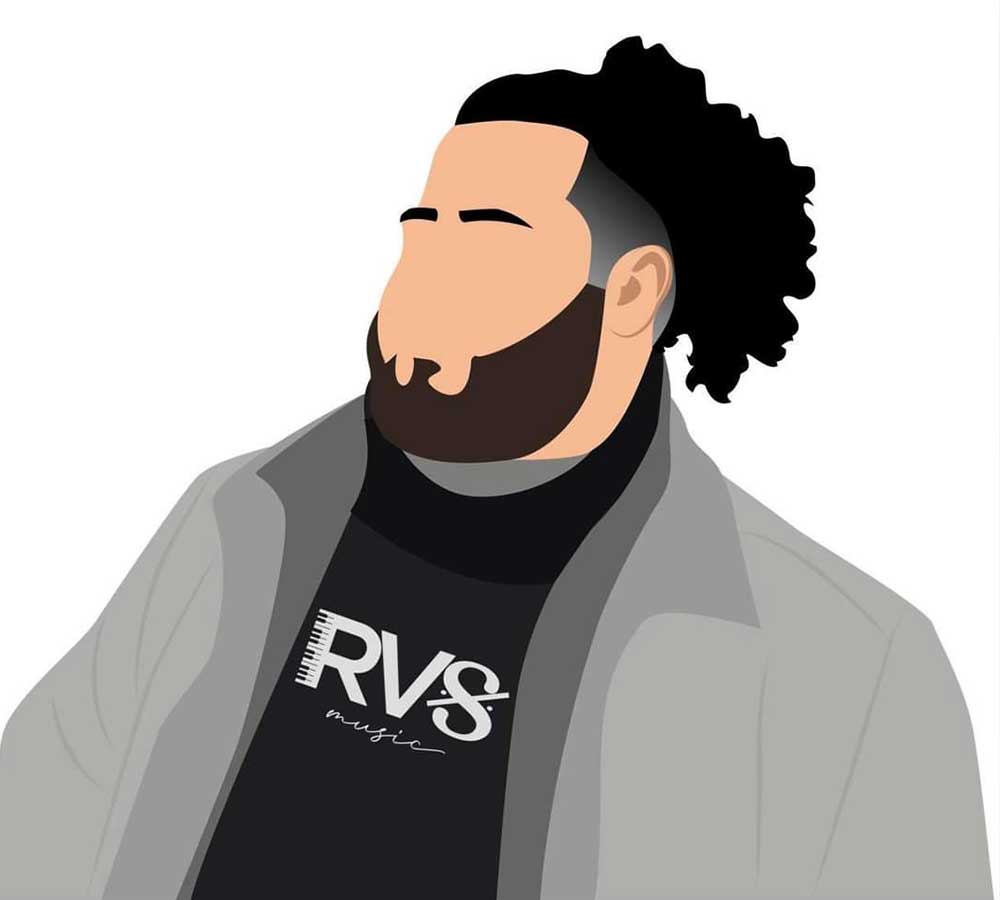 GET THE LATEST UPDATES HERE

THANK YOU TO OUR SPONSORS 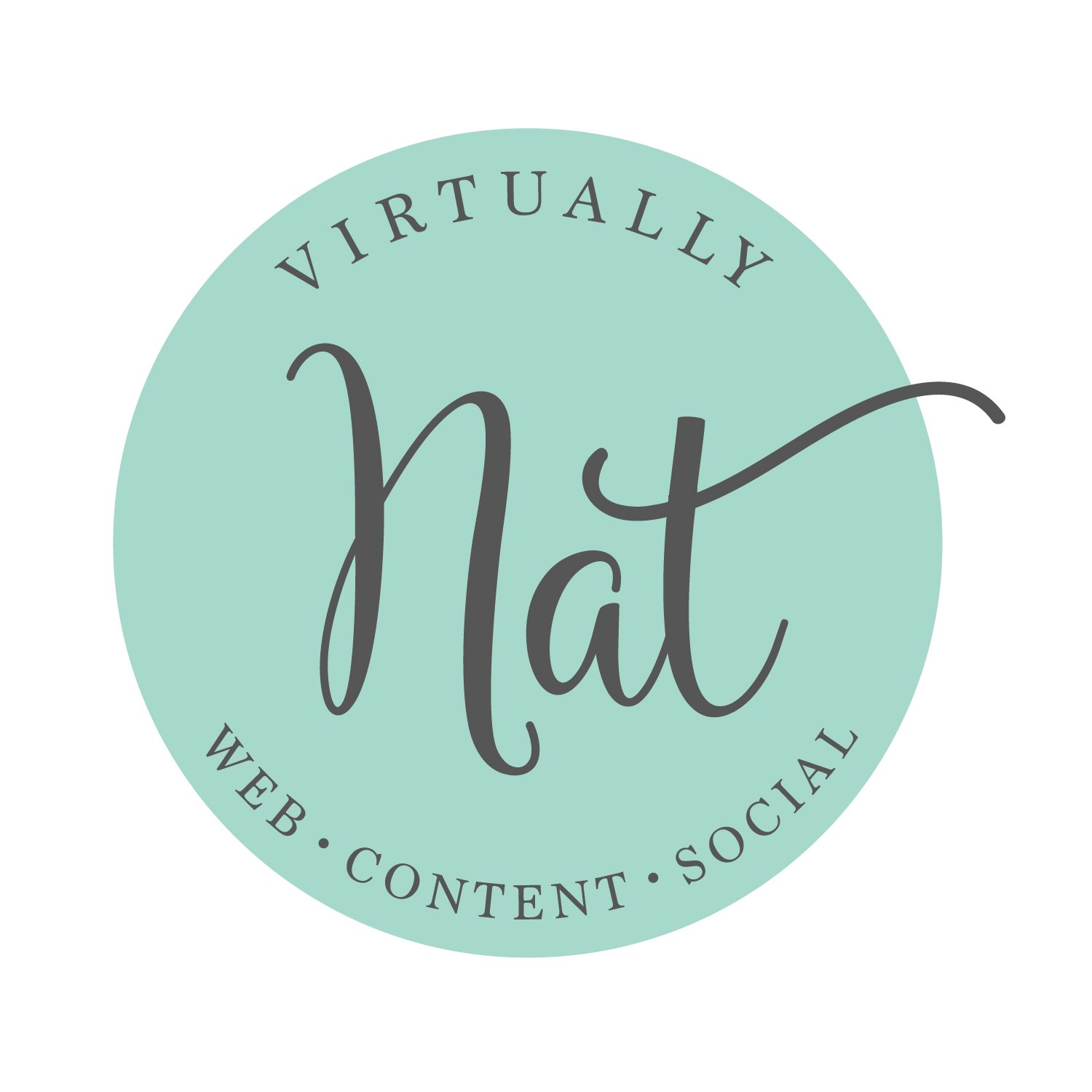 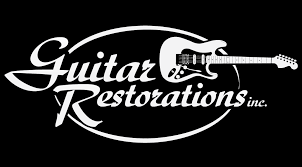 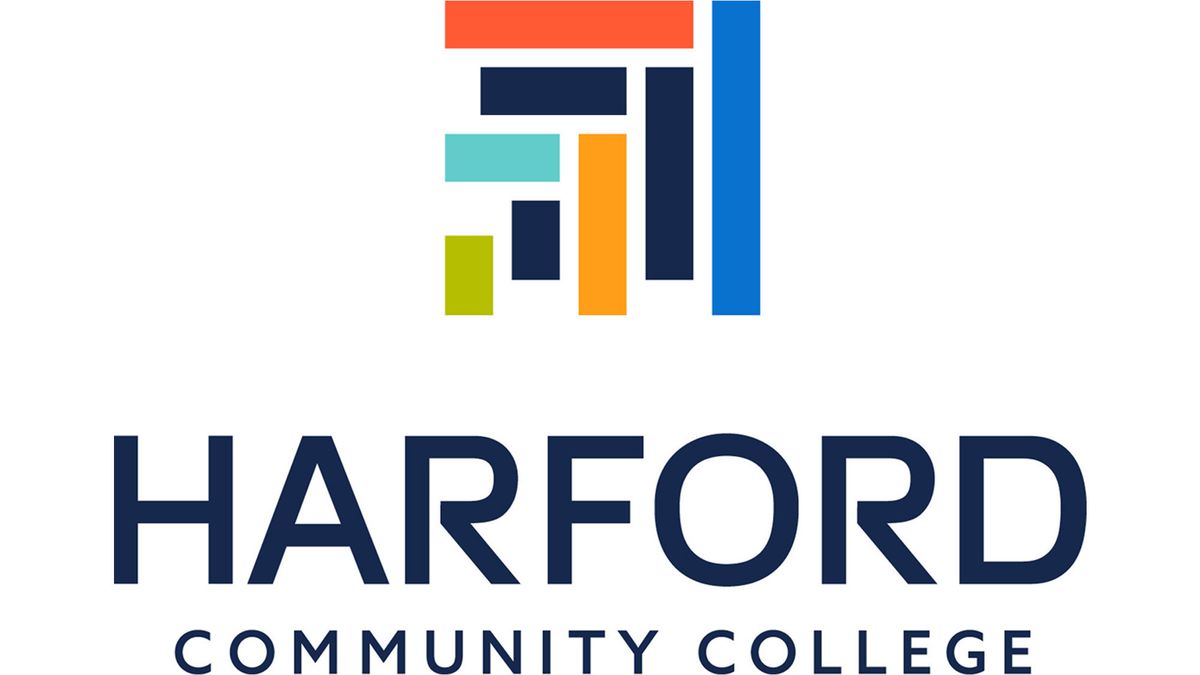 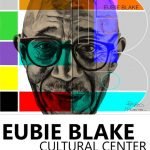 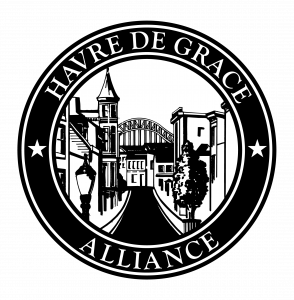 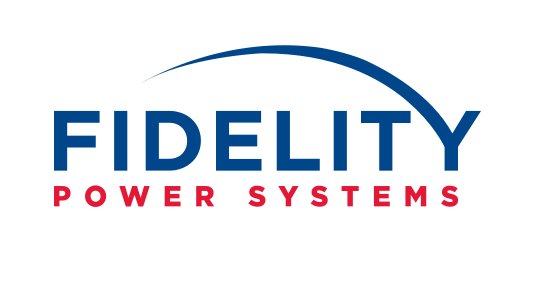 If you haven’t been fortunate enough to meet 26-year-old Vanessa Collier and witness one of her head-turning, fiery, and passionate performances, you should definitely make sure you do. As a master musician and multi-instrumentalist, Vanessa weaves funk, soul, rock, and blues into every powerful performance and she is downright impressive. With soulful vocals, searing saxophone, and witty songwriting, Vanessa is blazing a trail, racking up an arsenal of honors, and has already singled herself out as an artist of distinction and one we would all do well to watch.

A 2013 graduate of the prestigious Berklee College of Music, she’s toured nationally and internationally, released three critically acclaimed albums (Honey Up, Meeting My Shadow, and Heart, Soul & Saxophone. Collier performs at some of the most prestigious music festivals in the world. Her talents have taken her to the Blues Music Awards Show where, in the words of the Blues Foundation, Vanessa “blew the doors off the Blues Music Awards!”; Ottawa Blues Festival, where she earned two front page newspaper photos and rave reviews after her foot stomping debut there; twice on the Legendary Rhythm and Blues Cruise, where she earned the Jammingest Pro Award and was a featured artist with Tommy Castro’s Blues Review; Briggs Farm Festival, where she was the “most popular Briggs Farm act in 2017” (Elmore Magazine), and the list continues. In 2017, Vanessa was also a featured artist in three major tours across Europe as part of Ruf’s 2017 Blues Caravan.

As for Collier, she says she’s happy performing on stages across the world, hoping that she can make a difference with fans and followers along the way. “I am driven to do this because I find it a total form of expression and connection,” she explains. “I love connecting with an audience and feeling their energy and I hope to inspire people to follow their dreams and passions, to find what brings them joy, and then to pursue it doggedly.”

Ever since he burst on the jazz scene in the latter part of the twentieth century, The Brooklyn-born, Harlem-based vocalist/guitarist/bandleader/composer Allan Harris has reigned supreme as the most accomplished and exceptional singer of his generation. Aptly described by the Miami Herald as an artist blessed with, “the warmth of Tony Bennett, the bite and rhythmic sense of Sinatra, and the sly elegance of Nat ‘King’ Cole,” the ample and aural evidence of Harris’ moving and magisterial artistry can be heard on his fourteen recordings as a leader; his far-flung and critically-acclaimed concerts around the world, from Jazz at Lincoln Center in New York, and Washington DC’s Kennedy Center, to the 2012 London Olympics, and a many prestigious bookings in Europe, The Middle East and Asia.

Legends of Blues and Roots Rock!

With some 30 recordings, local and international awards to their credit – including Blues Music Award – Acoustic Album of the Year 2011 – The Nighthawks still churn out new material while drawing on more than four decades’ worth of signature tunes for their legendary live shows. As their 50th anniversary approaches, The Nighthawks step forward with two new members: Dan Hovey on guitar and Paul Pisciotta on bass. Dan delivers strong lead vocals along with his tasty guitar playing, and Paul brings the band’s already famous four-part harmonies to a new level. Drummer Mark Stutso’s singing and songwriting make him an audience favorite. And founder, lead singer and harpmaster Mark Wenner is still at the helm. You won’t want to miss this memorable show!

Italian-born, Baltimore-based jazz vocalist Irene Jalenti has proven to be a dynamic, soulful, and passionate performer and composer who delves deeply into the meaning of each song and brings drama and conviction to her performances with her naturally deep tone and an impressively wide range. Adept at scat singing and able to sing in five different languages, she connects with and delights a range of audiences. Her sound has been compared to legends such as Nina Simone, Cassandra Wilson, and Beth Carvalho. Since moving from Italy to Baltimore in 2010, Irene has performed at top venues such as Blues Alley, the Kennedy Center, the Apollo theater, the DC Jazz Fest, and even the White House.  She has performed and recorded with the award-winning a cappella jazz ensemble Afro Blue, as well as with stars such as Esperanza Spalding, Patti Austin, the Count Basie Jazz Orchestra, and has shared the stage with great Cassandra Wilson. Irene has also done background vocal work for Yolanda Adams, Chance the Rapper, Common, Kelly Clarkson, and Marc Anthony.

In 2021 Jalenti will finally launch her very much awaited first solo work. The record features Sean Jones, Warren Wolf and Cristian Perez. In this album, she will present unique arrangements and originals such as “Alma Desnuda” inspired by the great Argentinian poem by Alfonsina Storni, “Dawn” a journey through ancient Greek poetry, “Moon and Sun”, and the swinging “How the Story Goes”. Jalenti proves to be more than the usual jazz torch singer, but rather a complete composer and interpreter who can easily move from a love ballad to an activist song and on to a comical tune, always with depth, nuance, and conviction.

Baltimore saxophonist and trumpeter Clarence Ward III, pours heart and complex emotion into the fiber of his sound. From the minute you hear the crisp, agile wail of his trumpet, or the playful sincerity of his sax you are frozen, caught in a snare of hope and honesty until he decides he has said his peace. Standing as a major influencer in the development of Baltimore’s present jazz sound, Ward’s lion heart positions him on the vanguard, reinforcing jazz music as a vital voice for these modern times.

Bond & Bentley is an eclectic mix of soul, funk, and blues.  Their multi-genre style is easy to groove to.  An eclectic mix that expresses flavors of soul, blues, and funk with a propensity to jam.  It’s original rock & roll with a soulful groove that lends itself to dancing.

Jazz On to the smooth grooves of Saxl Rose and Noah Pierre.

Rene Ibanez, well-known Cuban percussionist currently residing in Washington, DC, has performed with many significant artists as well as the band Sin Miedo in the DC Metro area for more than 30 years.  His band, Cubano Groove, keeps traditional Cuban Music – old and new – alive.   Sit back and relax, or dance, and Enjoy as we come together once again for Live Music!

Trumpeter, Brandon Woody is definitely “one of the top upcoming young performing artists in the region.” – Baltimore Sun

Mr. Woody has performed with Quincy Phillips, Ray Angry, Benny Maupin, Stefon Harris, Danilo Perez, Terri-Lyne Carrington, Steve Wilson, John Patitucci, Ed Simon and Tarus Mateen.  Brandon has also played with and recorded on several different rappers and singers’ projects throughout the east coast:  Miranda Curtis, Sophie Marks, Solange, Emma Vie, Neptune, Victoria Canal.  He is a new member of Solanges band and Standing on the Corner.  He’s also performed the music of Clifford Brown with Strings and the music of Max Roach and Brown with Jon Faddis in January 2018 at Aaron Davis Hall as part of a special celebration of Clifford Brown and Max Roach at Manhattan School of Music.

Brandon also keeps busy as a Calvin Klein model, Saucony model, and an Exotic Blooms sponsor.  Brandon was an honoree of the 2020 Festival of New Trumpet Music. He also has two film scores to his credit.

Brandon recently moved back to Baltimore to begin working on his debut album which will be released sometime in 2021.

“Guitarist Ronny Smith’s mellow tone, subtle creativity, and ability to groove over catchy rhythms have made him an increasingly popular force in contemporary jazz”. Scott Yanow, Author (The Jazz Singers, Bebop, Trumpeter Kings, Jazz On Film and Jazz On Record).

Grammy considered guitarist Ronny Smith left University of Maryland as a music education major to pursue the life as a guitarist and a U.S. Army Bandsman. He toured extensively throughout the United States, Europe and South America.  He has shared the stage with such artists as the Marvelettes, jazz drummer Bobby Durham, vocalist Melba Moore, and trumpeter Donald Bryd.  He has recorded with some of the top session musicians of the Nashville and the California scene, to include, Gary Lunn (Peter Cetera), Pat Coil (Michael McDonald), Craig Nelson (Ben Tankard), and Dan Needham (Euge Groove), Scott Martin and Stan Martin (Quincy Jones) and Andy Martin (Gordon Goodwin’s Big Phat band).

Sometimes in the middle of the night I wake with a start and wonder if any guitar-based contemporary instrumental music would ever have been created if George Benson, Wes Montgomery and Joe Pass had never been born. After hearing the first few seconds of Ronny Smith’s “Bossa Awhile,” which leads off his sparkling new CD, you’ll note the influences from this troika of geniuses and know that their legacies are in good hands. -Brian Soergel, Jazz Times

Morgan State University student, Jocelyn grew up singing before she could talk.  She grew up with a passion for all kinds of music, including Gospel, Pop, R&B, Musical Theater and the Blues.  Her concert will feature music of Nina Simone, Billie Holiday and more.

If Latin Jazz interests you, Roberto Villeda’s authentic familiar and original music will get you in the groove, and dancing too.